Best Indian web series have developed to turn out to be one of the best sources of entertainment and inspiration, all due to the arrival of Amazon Prime and Netflix. To get you started, we have made a list of the best web series in India that you might love to watch in 2019.

Sacred Games is surely one of the best shows that depict crime, action, and drama in an influential manner. Having its foundations from the book with same name, the series majorly features a Mumbai police officer, Sartaj Singh, and Gaitonde, a gangster, who thinks himself as God.

You will see yourself flowing through a sequence of deeper corruption in law, drama, mystery, and lots of action and fighting that make it worthy to watch. As the name the show recommends, the whole series is developed as a fraction of a play or a game and keeps you stuck till the end of every episode with great level of excitement.

In between all the madness of killings, corruption, and deceit, Sartaj Singh has kept his discipline and truthfulness alive and sees himself connected in some way to the gangster. This cop also makes every achievable effort to save the city from any disaster after getting possible warnings from the gangster.

Streaming on Netflix and having notable casts such as Radhika Apte, Saif Ali Khan, Nawazuddin Siddiqui, and more it is a web series that needs to be seen by the users of every generation.

A crime thriller show streaming on Amazon Prime, Mirzapur has certainly taken the users by storm with an exciting plot and an impeccable acting. The show is primarily located in Mirzapur, with some scenes being snapped in Jaunpur, Ghazipur, Lucknow, Azamgarh, and Gorakhpur.

The series revolves around mafia, guns, mayhem, and drugs. The plot spins around Pankaj Tripathi (playing role of Akhandanand Tripathi) who has earned millions by exporting carpets.

Portraying the most infamous rape case in India, Delhi Crime has won primarily critical acclaim since it launched season one. Its season two has also been declared after the first’s success.

It shows Adil Hussain, Shefali Shah, Rajesh Tailang, Rasika Dugal, and many other outstanding actors. The show is based on the Delhi gang rape case in 2012, which is extensively dubbed as the Nirbhaya case.

A 23 year old female and her buddy were brutally assaulted and beaten up in a running bus in New Delhi near Munirka while they were heading to home after seeing a movie.

The girl was gang raped and assaulted using an iron rod, following which the couple was thrown injured and naked on the streets, after which the culprits made an attempt to kill them by running over with the bus.

Delhi Crime narrates the story from the Delhi Police’s perspective and how they coped with what surfaced as the most atrocious rape case ever seen in the nation.

The crime thriller web series is based on the BBC series of the same moniker. The series stars Vikrant Massey, Jackie Shroff, Anupriya Goenka, Pankaj Tripathi, and Mita Vashist. The show is directed by Tigmanshu Dhulia. The show is a good mixture of drama, thrill, and crime, which will keep you glued to your seats.

Aditya is blamed of murder after a girl is killed in his cab following one night stand and a drug experience. He wakes up to find a knife in his hands and the girl dead. He has to know what happened exactly that night and show his innocence in front of the justice system and police before he ends up in jail.

An original series by Zee5 featuring Riya Sen, Arbaaz Khan, Freddy Daruwala, and Tanuj Virwani, Poison is a crime thriller series that has 11 episodes till now. It is an ideal mixture of thrill and drama, with an interesting premise and some great performances.

The story shows the experiences of Ranveer, who shifts to Goa after being freed from jail, to get vengeance against his foes. Other two protagonists are a don named Antonio Verghese and DSP Vikram. VIkram aims to catch Verghese, who works in Goa, where his mission gets tangled with Ranveer’s life too.

Smoke is a mystery crime thriller series set in Goa. It features outstanding actors such as Kalki Koechlin, Jim Sarbh, Gulshan Devaiah, Mandira Bedi, and Amit Sial. It shows the themes of drugs, crime, and mafia in the nation.

Goa has a passive existence in the middle of its parties and beaches. But a double murder abruptly shatters the dream of bliss and safety in the state. After that, ACP Pereira gets to the job of cleaning the area and eliminating drug cartels and other offenses, after being instructed by the CM.

This American drama/comedy/action/thriller show was launched in February 2019 and is accessible online on Amazon Prime. It has the ideal combination of comedy, spy thriller, and relationships, both professional and personal. The show has launched 10 episodes till now.

Whiskey Cavalier follows Will Chase (FBI agent) whose code name is series name, and his experiences with a hard break up, after which he is tasked to join hands with Francesca Trowbridge (CIA agent).

They save the world together in different instances and they are in command of a team of spies. Associating the action is a solid dose of love, friendship, and professional equations.

Abhay is an original series by Zee5 starring actors Maninee Mishra, Kunal Khemu, Rituraj Singh, Deepak Tijori, Gopal Singh, Elnaaz Norouzi, and Sandeepa Dhar. Every episode of the show is based on a real life incident or crime and the producers have decided to launch 2 episodes of the show each month.

Abhay Pratap Singh is played by Khemu. He is an investigating cop who leads a Special Task Force. The first episode manages the Nithari case in 2006 in Noida, where 2 men were taken into custody for cannibalism, serial murders, necrophilia, and sexual abuse.

Abhay offers us a peek into the dark world of offense in the nation, together with Abhay’s psychological issues and personal struggles.

The Investigation is one more brilliant crime series on Eros Now featuring Leena Jumani, Hiten Tejwani, and Aryamann Seth. It narrates the story of conscience, crime, and coincidence, set against the background of Mumbai. An investigative cop in Crime Branch of the city is given a murder case, which lifts doubts in his investigation about his own innocence.

Seeing at these series, it can be safely mentioned that streaming industry in the nation has shifted on from the old storyline of rituals, marriages, traditions, and customs. It is now more aimed at realistic and practical experiences. 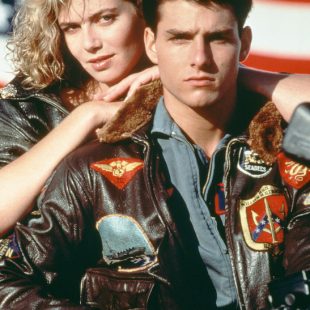 Just to make you aware if you are not known to the fact, Top Gun: Maverick is the follow-up to Top Gun, the 1986 military drama film. The first movie featured the adventures of Nick Bradshaw and Pete Mitchell, even though you might know them better by Goose and Maverick—their Navy call... 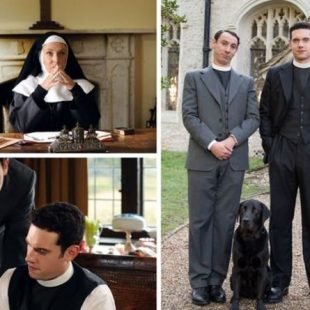 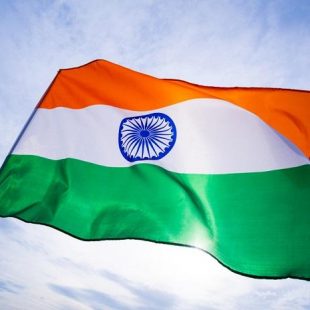 The web series depends on the result of the Pulwama assault when the Indian Air Force struck terrorist oppressor camps in Pakistan. Veteran entertainer Vikram Gokhale is the most recent artist to play India's PM Narendra Modi. It will be for an up and coming web-series titled India Strikes...