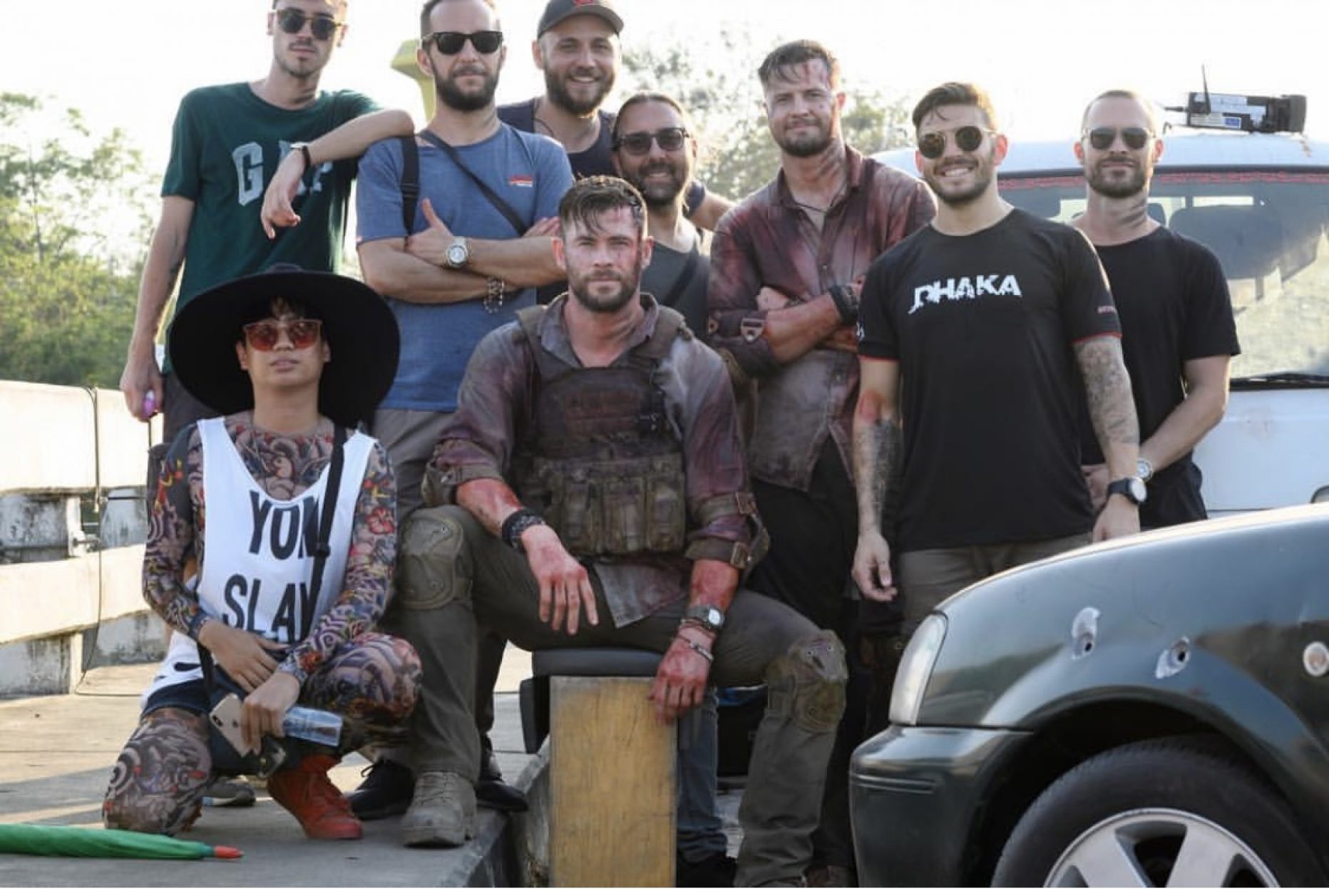 Movie
Posted April 24, 2020 by Nitin Kumar in Movie, Netflix, Review 160
All Review 4
Cast Review 4
Trailer Review 5
How would you rate ? 4
Summary rating from 1 user's marks. You can set own marks for this article - just click on stars above and press "Accept".
Accept
Summary Rating: 4.3 from 5 4.3 great

Netflix has been coming up with several new series and films. And now, it is back with the feature debut of long-time stuntman Sam Hargrave “EXTRACTION.” This Netflix original film was streamed on the platform 24th of April 2020. As the film is based in Asian Origin, it has a herd of Indian actors like Randeep Hooda, Rudraksha Jaiswal, and Pankaj Tripathi along with Chris Hemsworth in the lead role.

Extraction revolves around Tyler Rake (Chris Hemsworth), a black market mercenary who spends his days trying to numb his pain (physical and spiritual) with booze and pills. And then arrives a task for him when he’s hired to rescue Ovi Mahajan (Rudhraksh Jaiswal), the son of an imprisoned crime lord (Pankaj Tripathi). Apparently, Ovi is kidnapped by his father’s main rival (Priyanshu Painyuli). However, what could’ve been a simple operation turns out to be a far deadlier one, and before long Tyler and Ovi are on their own in the densely populated city of Dhaka. With a small army of hired hands and corrupt police officers hot on their tail, it’s up to Tyler to protect the boy and deliver him to the new extraction point alive.

Extraction is easily the most problematic. It’s not that the film is badly made but Extraction is a little bit hokey and absurd, and the very end is exasperating to cop-out – but it has to be admitted that, in terms of pure action octane, Russo and Hargrave bring the noise. Add it all up, Extraction’s many creative solutions to refreshing the genre nearly balance out its many general genre problems. So, it’s good enough to take a watch, especially for incredible Action.

Stunt coordinator Sam Hargrave constructs some terrific action sequences in his direction debut and he has opted an apt subject for his first flick.

Extraction is an action potboiler so there is no much space for actors to show their acting chops, except Randeep Hooda, he is very good and reliable as Sanju, right-hand man of Ovi’s father.