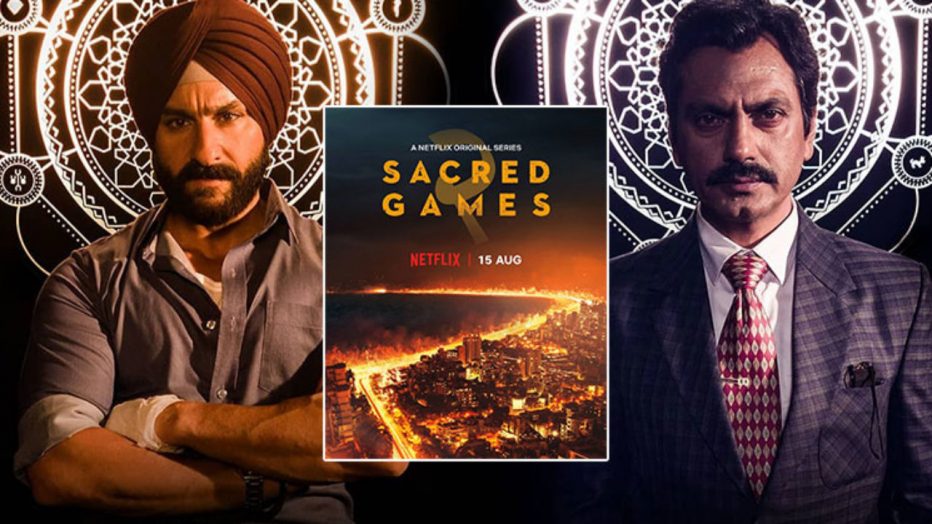 With the huge success of season 1, Sacred Games is all set to please the audience with season 2 on August 15, 2019. The wait was finally over when Netflix this week launched the trailer of the second season of this season. Starring Nawazuddin Siddiqui, Saif Ali Khan, and Pankaj Tripathi, the most-awaited Indian web ..

Summary 3.5 good
All Review 5
Cast Review 3
Trailer Review 3
How would you rate ? 5
Summary rating from 1 user's marks. You can set own marks for this article - just click on stars above and press "Accept".
Accept
Summary 4.0 great

With the huge success of season 1, Sacred Games is all set to please the audience with season 2 on August 15, 2019. The wait was finally over when Netflix this week launched the trailer of the second season of this season. Starring Nawazuddin Siddiqui, Saif Ali Khan, and Pankaj Tripathi, the most-awaited Indian web series will air all over nation August 15, 2019.

Speaking of the trailer, the video shows us some new as well as old faces. Obviously, we see Saif Ali Khan and Nawazuddin Siddiqui in the main role. Pankaj Tripathi, who was present for namesake (hardly any scene in the first season but a lot of references), will be seen with a huge piece of role in season one. In addition to this, we also see actors Kalki Koechlin and Ranvir Shorey, the new faces, in season 2.

Moreover, when we have a look at the trailer, it is clear that this season will be representing two timelines, same as that of season 1. Pankaj Tripathi will have a huge role here as he plays the role of Guruji (Nawazuddin’s tisra baap) and holds the key to save Mumbai.

The success of Sacred Games was sufficient to change the face of digital programming in India. Sacred Games 2 is being directed by Neeraj Ghaywan and Anurag Kashyap.

The series is based on the book by Vikram Chandra of the same name and is written by an outstanding team of writers comprising Varun Grover. Season 1 was recognized for its excellent writing, performances, music, and direction and it seems that season 2 will increase the bars, unlike Games of Throne season 8.

A spokesperson of the series claimed to the media in an interview, “We are very eager to finally be capable of sharing Sacred Games with the fans, which have been waiting for with bated breath. Season 2 is more compelling, bigger, and absolutely unexpected. Get ready to discover a different aspect to every character as we take the fans on an exciting and thrilling journey, and address some unanswered questions left in season 1.”

Briefly speaking of season 2, Sartaj Singh (Saif Ali Khan)  will be seen boarding on a journey of self-discovery, grappling to solve the curious case of Gaitonde’s third father, and making an effort to save his failed marriage, all while attempting to save the city from a massacre. In addition to this, Nawazuddin Siddiqui will enter again as Ganesh Gaitonde, who, in his mission to re-establish his position and power as the king, sets up a new alliance far away from his hometown. Shahid Khan (Ranvir Shorey) and Batya Abelman (Kalki Koechlin) are the new characters joining the realm of Sacred Games. They will surprise the fans with their acting skills since they are one of the best actors that the industry has got.

Now that the Sacred Games 2 trailer and release date are here, could you please stop threatening us?#SacredGames2

The description of the trailer YouTube read: The game’s bigger, the stakes are higher, and the players are ready. Sacred Games 2 premieres 15 August, only on Netflix.