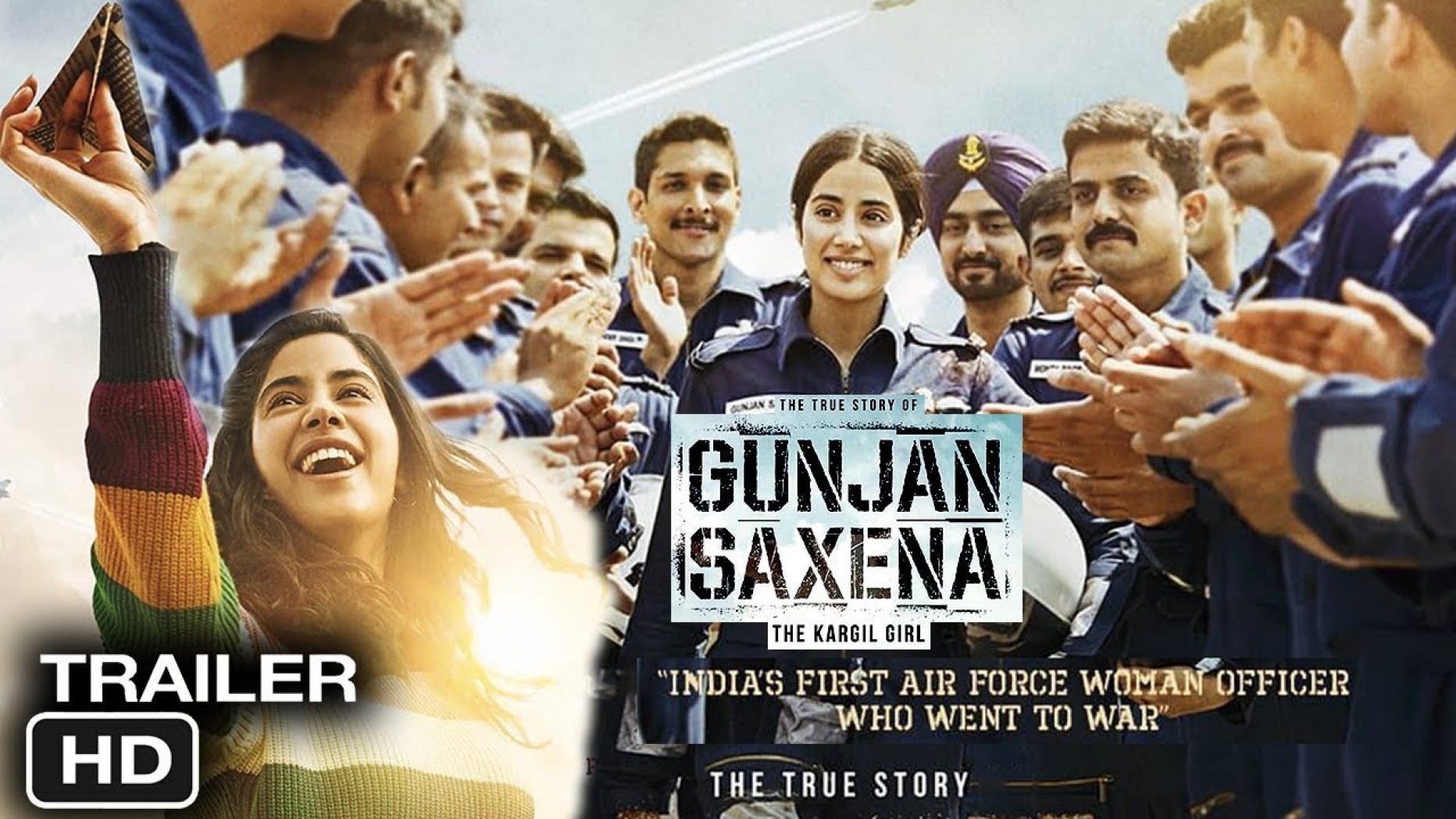 News
Posted 25 days ago by Nitin Sirsat in News 58

Gunjan Saxena: The Kargil Girl Will release on OTT platform?

As per Spotboy’s OTT Website report, Ananya Pandey’s Empty Yellow and Jahnavi Kapoor’s Gunjan Saxena may be released directly on the OTT platform. According to the source, Zee is trying to take both films on its platform. Please tell, Gunjan Saxena has been completed. On the other hand, in Ananya Pandey and Ishaan Khattar’s film Khali Yellow, a light-hearted finishing touch is to be given. Which will be completed soon.

The poster of India’s first female Airforce officer Gunjan Saxena’s biopic has been released. While sharing the poster on Instagram, Karan Johar wrote – Kargil Girl Gunjan Saxena is ready to release on April 24, 2020, but still peoples are waiting for the related date due to coronavirus. Janhvi Kapoor became Gunjan in the poster. At the same time, officers are welcoming them with applause.

Gunjan’s biopic is directed by Sharan Sharma. While the film is produced by Karan Johar, Hiroo, Apoorva Mehta and Zee Studio. The story of the film is co-written by Nikhil Mehrotra, Sharan.

In the film, Angad Bedi will be seen in the role of Gunjan’s brother Anshuman. Pankaj Tripathi will be in his father’s role. The film will also star Manav Vij and Vineet Kumar Singh.

Gunjan Saxena tenderly flew the Cheetah helicopter during the 1999 Kargil War. She was then picked up from the high hills of Dras and Batalik and brought back to a safe place. 44-year-old Gunjan is now retired. She is known as Kargil Girl. He has also been awarded the Shaurya Award.

Janhvi Kapoor’s film Gunjan Saxena: The Kargil Girl, which was slated to release in June 2020, is likely to release on Netflix.

The deal of Gunjan Saxena: The Kargil Girl film in question is in advanced stages of negotiation. Even Amazon prime video was vying for it, but Netflix seems to have won the race.

Gunjan Saxena: The Kargil Girl Will release on OTT platform? was last modified: May 17th, 2020 by Nitin Sirsat