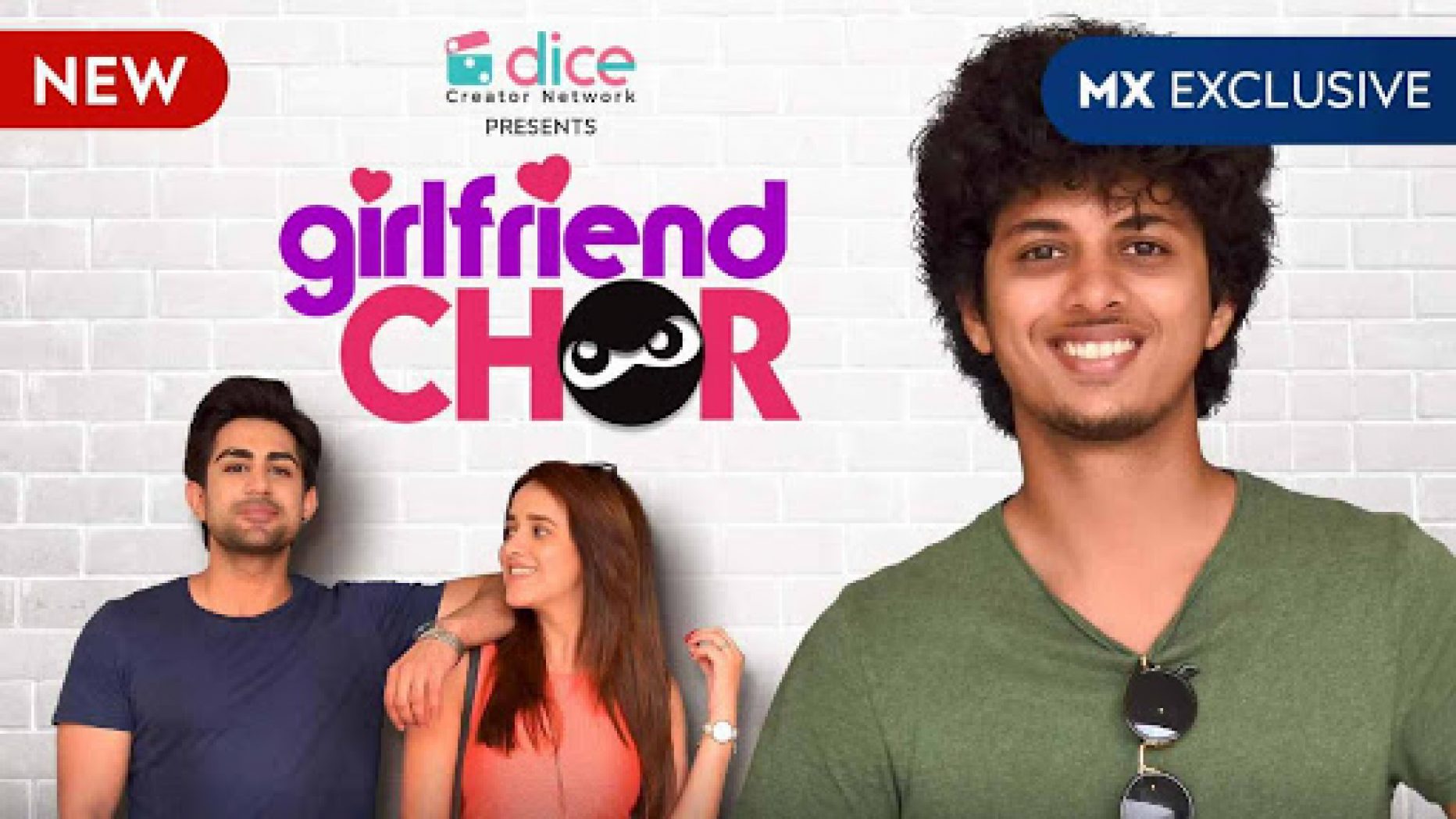 MX Player
Posted April 24, 2020 by Nitin Kumar in MX Player, Review, Web Series 129
All Review 3
Cast Review 4
Trailer Review 3
How would you rate ? 2
Summary rating from 1 user's marks. You can set own marks for this article - just click on stars above and press "Accept".
Accept
Summary Rating: 3.0 from 5 3.0 good

Girlfriend Chor is simple. It’s clear. It’s to the point. No cuss words. No extended kissing or explicit scenes. Girlfriend Chor” avoids the deeper contexts of generation gap or mindset disparity that such a situation might lead to, in fact, the show avoids getting into any sort of complications of any kind. The focus remains on hearty humor, Jotwani and team have done adequately to that extent.

The screenplay keeps the audience’s attention as the story keeps surprising us constantly. Although the story is a bit predictive some of the elements are there which will make a youngster feel connected to it. The story is dragged at some moments, as it goes up & down and the background music of the series is average as it doesn’t connect well with the story as it is comedy-drama.

As like others, I would say it’s a happy breezy show, nothing special about it, being a dice media show while watching it I had a high expectations with series especially because of their last venture OPERATION MBBS, But GIRLFRIEND CHOR proven to be a regular show .it has resemblance with many shows which are already floating on the digital platform. So it’s just a time pass, in fact, it’s is a DEJA VU.

This is the story of Aakash (Mayur More) and his one-sided love for the uber-cool Neha (Himanshi Sharma), though she seems to flip for the smarter, richer Vishal (Kushagre Dua). That”s where Akash”s dad (Shishir Sharma) comes up with a plan. He suggests Akash act as if he is in love with the Friendly Neighbourhood Nice Girl, Ritu (Diksha Juneja). The idea is to distract Neha’s attention from Vishal and hence trigger a rift between the two. Of course, there are twists on the way — standard filmi ones, but executed with the right mix of humor and drama.

The comedy flows along with the story, which is the strongest point of this series, is definitely a plus point. Creator, writer, and director Girish Jotwani has done a decent job in his first attempt and he deserves appreciation