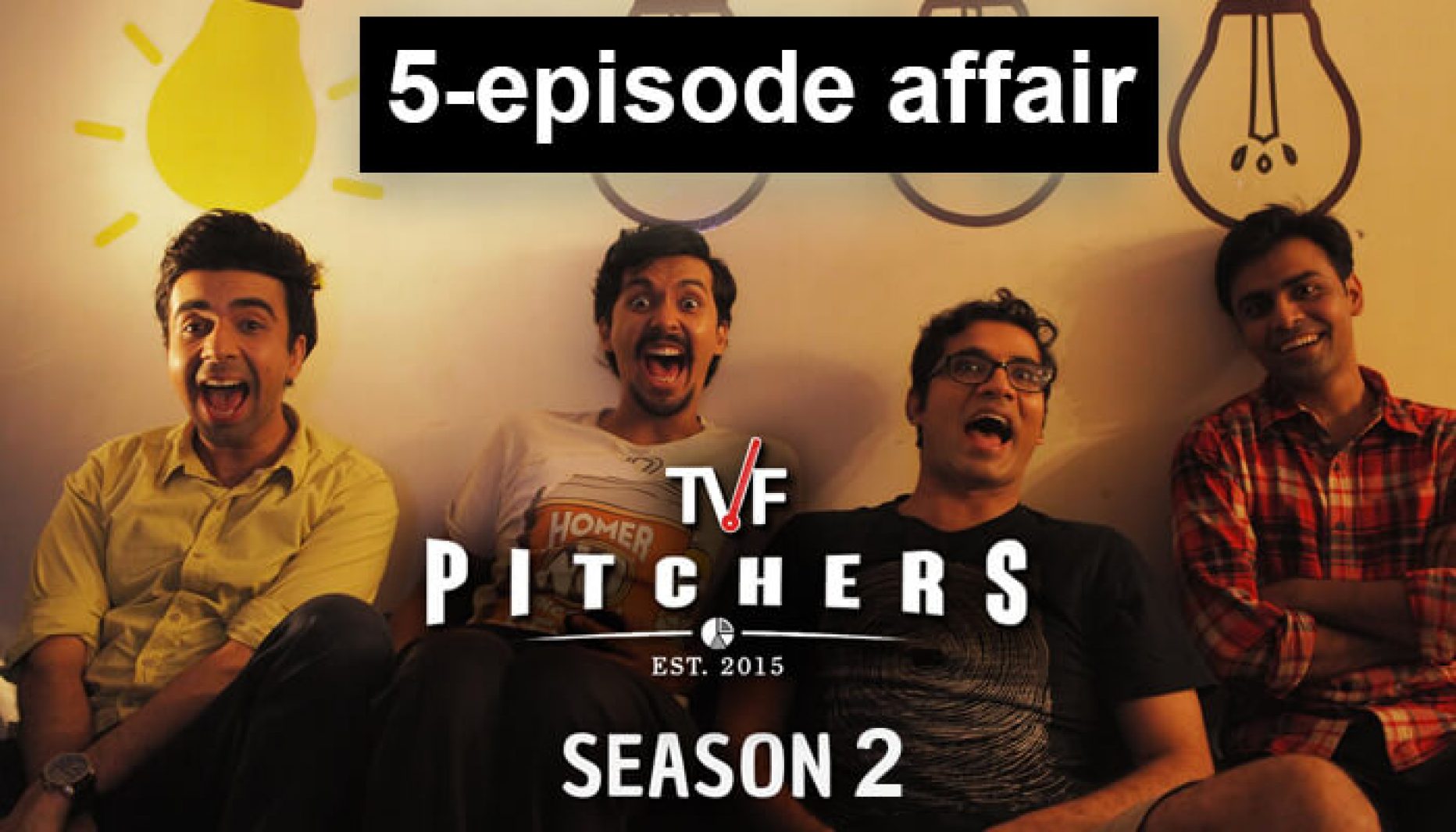 The Viral Fever (TVF), one of the leading YouTube channels, had aired “Pitchers,” an original drama series back in the year 2015 on June 3. Within no time, the series was quite popular and also among the most-watched generating a huge fan base. And since then, they all are waiting eagerly for season 2. Arunabh Kumar is the creator of this series.

Pitchers have some well-known faces of the web, Arunabh Kumar as Yogendra (Yogi), Naveen Kasturia as Naveen Bansal, Jitendra Kumar as Jitendra (Jitu), Abhay Mahajan as Saurabh Mandal, Maanvi Gargroo as Shreya, and Akansha Thakur as Saumya, among others.

Pitchers is a web series that revolves around four friends Yogi, Mandal, Naveen, and Jitu, who call the day job quits just to start their own firm. A majority of us would have felt so relatable while watching it as we have at least once made such plans with our friends too. The show depicts their ride from being an employee to be a struggling Entrepreneur and how they manage to resolve real-life issues and deal with professional & personal life. We can say that Pitchers gave us all a convincing perception of the early phase of entrepreneurship.

Also, as nothing much was disclosed about the product and what did they do after receiving the funds, the wait for season 2 is all real. For now, all we can do is hope for the arrival of Pitchers Season 2 soon. Also, we won’t waste a minute to get all the latest updates about the show for you.

Earlier, season 2 for Pitchers was meant to be released sometime in the mid of 2016; even a trailer was been released for the same earlier in 2016. However owing to some issues, the filming of the series didn’t start as per the plans putting it on the backburner.

Then later in an interview, Naveen has stated the web series can be speculated somewhere around March 2018. But, to our disappointment, no update has been surfaced about the show’s release yet making us wonder, “Are they even going to revive it?” but as per Web Series Expert, it will release in 2021.